Welcome to our top 5 Ethereum Classic (ETC) price predictions. This part of our crypto trading guide is going to take you through some of the most noteworthy price projections, but also over some of the unavoidable fundamentals.

Perhaps some of our readers still do not realize the origins of ETC and how it came into being. Therefore, let’s start with where it all began.

What is Ethereum Classic?

Ethereum Classic can be recognized as a byproduct of disagreement inside the Ethereum community during the hard fork. Ethereum needed to reach for that solution to counter one of the biggest attacks on any blockchain network where hackers stole $50 million worth of Ether (ETH).

However, not all parts of the community agreed with that solution as they considered the hard fork to be directly opposite to the “blockchain immutability” ideal.

Those that approved the mentioned solution migrated to the new blockchain, now simply called Ethereum (ETH), and those who were opposing the new set of rules stayed on the old chain which is now known as Ethereum Classic.

Since the split was initiated by the hard fork, the new blockchain is not backward compatible, so ETC can’t be updated by new versions of software that Ethereum uses. That means that the eventual switch from the Proof-of-Work (PoW) to the Proof-of-Stake (PoS) consensus reaching mechanism will not apply to ETC.

This may seem unimportant since both of these systems have found their place in the cryptocurrency market, but the fact that all the important developers, such as Vitalik Buterin or Gavin Wood, left the old chain to develop the new-forked Ethereum (ETH) is to be seriously considered.

Currently, Ethereum Classic sits at the 20th place on Coin Market Cap, with a price of $5.56 per coin and market capitalization of $627.5 million.

After we have digested the fundamentals, let’s take a look at the top 5 Ethereum Classic price predictions.

Coinswitch has an interesting (and highly optimistic) price predictions for Ethereum Classic. They discuss that ETC, due to possible future partnerships and improved scalability, will rise in value.

However, looking at the current price of ETC and the overall market conditions, it is hard to imagine that this crypto asset can pump 516% to reach their predicted valuation for the end of 2019.

Wallet Investor has the most pessimistic ETC prediction in our list. As you can see in the graph below, Wallet Investor predicts a declining ETC price throughout 2020. 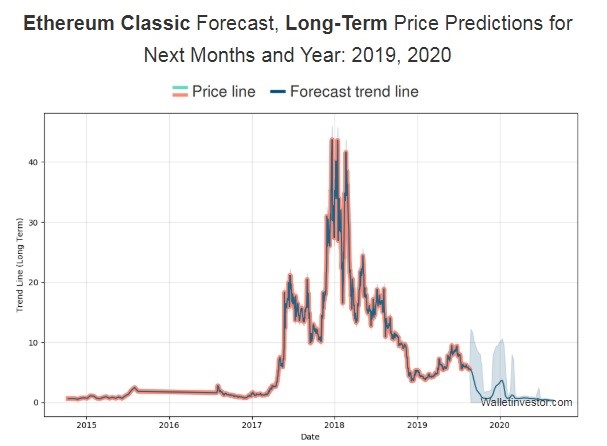 Still, they don’t see that happening until the end of 2019. Until the end of this year, Wallet Investor predicts ETC to sink to around $3, losing around 46% of its current value.

Digitalcoin’s chart shows a steady progression for ETC without any steep climbs or declines. According to this crypto-prediction outlet, Ethereum classic may end the year at $23 per coin.

Furthermore, Digitalcoin brings us an interesting, and highly cautious, prediction for every year until the end of 2026. 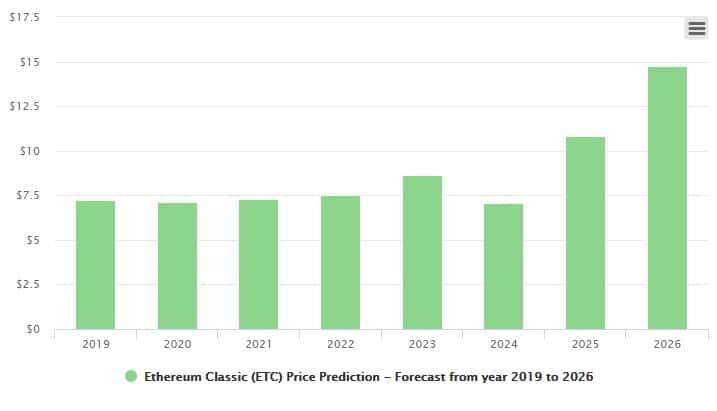 This popular prediction website, without much discussion, estimates the average and extreme price predictions for Ethereum Classic until the end of 2022.

We are going to show you their averages since those are necessarily calculated out of the mentioned extreme values:

Cryptoground takes an alternative approach to the ETC price prediction.  Instead of taking it year by year, they are trying to forecast the price movement by day, week, month, 6 months, a year and 5 years.

Since the daily prediction isn’t of any essence for this article, we are going to present their numbers (and percentages) from a weekly prediction onwards:

As most of the mentioned sources, Cryptoground takes a cautiously optimistic stance, at least until the end of 2019. In order to further describe their reasoning, we will present you the following chart. 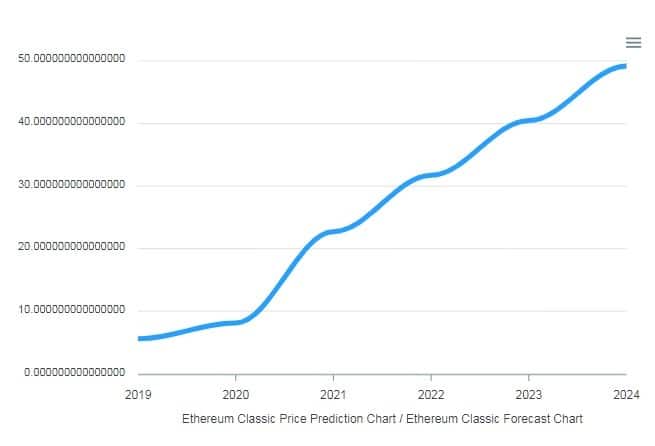 What is the future of Ethereum Classic?

According to the majority of covered cryptocurrency price prediction sources, the future of Ethereum Classic is bright for long-term investors.

Although it got overtaken in market capitalization by a number of projects since a year ago, the potential still exists if the developers manage to overcome some obvious shortcomings of the platform that we mentioned earlier in the article.

Still, Ethereum Classic rarely gets the recognition it may need to become a true cryptocurrency market leader. Therefore, just like it slipped to 20th spot by market capitalization, we can also expect some more hyped up projects to also overtake this senior market player.

Regarding the relation with its much more powerful relative, the comparison of Ethereum vs. Ethereum Classic is a bit displaced.

Some of the obvious reasons we have already mentioned are the lack of Vitalik Buterin’s leadership and vision. Another one of these shortcomings is an obvious vulnerability to hacks, proven again this January when the network suffered a rare 51% attack.

Ethereum (ETH) has a proven and robust network that hosts currencies released by many projects and, while it’s not without flaws, is an established market leader.

Meanwhile, Ethereum Classic still levitates in mediocrity and the spread between the valuation of these two relatives only keeps getting bigger.

The already quoted inability of ETC network to implement it’s more sophisticated cousin’s network updates means that Ethereum Classic will have to find its own way if the community wants to prosper in the rollercoaster that today’s cryptocurrency market definitely is. See our list of the best Ethereum 2.0 price predictions and fundamental analysis. 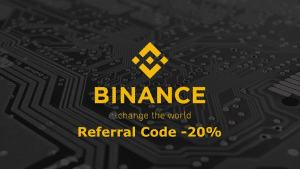 Full Binance Review 2020 with Best Referral ID For Sign Up 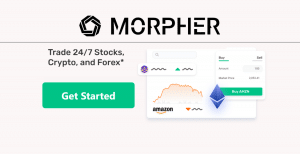 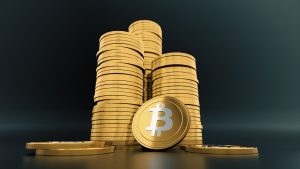 How to earn +$60 Bitcoin Free with crypto sign up bonuses? 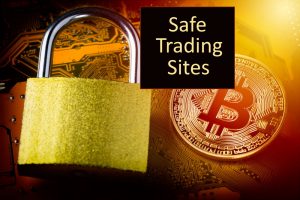 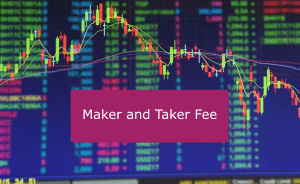 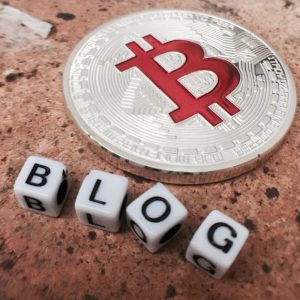 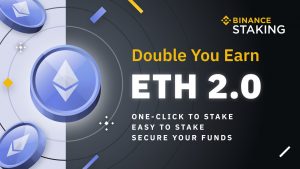 How to Stake ETH 2.0 with Binance 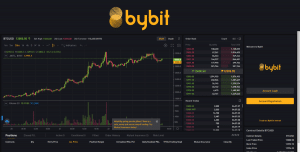 CEX.io Review with Fees and Verification

Can you trade on Crypto.com and what are the fees and volume?

We use cookies to ensure that we give you the best experience on our website. If you continue to use this site we will assume that you are happy with it.Ok