In this article, we will analyze some of the best cryptocurrency margin trading exchanges and platforms.

The rise of the cryptocurrencies made market speculation available for masses as traders didn’t need brokers to invest anymore. A stable internet connection and an account on a good Bitcoin trading site are now the only two things needed to start trading.

There are a lot of centralized crypto trading sites battling for a piece of the market, but not all of them offer the same services to their clients. This article will cover four of the most notable trading platforms for cryptocurrency margin trading.

What is Crypto Margin Trading?

It enables traders to enhance their profits on successful trades as the amount invested can be substantially bigger than what they can realistically afford to trade with.

The word “margin” refers to the amount of trader’s personal funds in his margin account (collateral). Naturally, the bigger the collateral, the more funds trader can borrow from the exchange to leverage.

But, obviously, margin trading is a very risky business, and the same way as it can generate hefty profits, it can engender serious losses for traders embarking on such an adventure.

Cryptocurrency exchanges enabling margin trading differ in many aspects, such as liquidity, leverage, interest rate, fees, trading pairs, etc. This time we are going to compare the four of them: 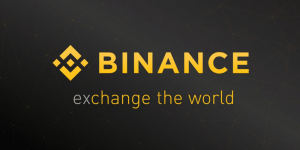 One of the well-known centralized cryptocurrency exchanges that are offering margin trading is definitely Binance.

Binance is the largest crypto exchange with much-needed liquidity for crypto margin trading amd for swing and crypto day trading.

In the screenshot below, you see that Binance has the largest 24h trading volume by far in the spot market.

Binance Referral Code: -20% on all commissions with our link

In terms of the overall daily trading volume, Kraken doesn’t fall far behind Bitfinex with roughly $44 million worth of cryptocurrencies traded each day. The most liquid pair on the exchange is BTC/EUR with $14 million traded daily, which provides enough liquidity for a decent trading experience with the official currency of the European Union.

The exchange offers a bit more flexibility to traders when deciding the leverage, as they offer up to 5:1 on their initial funds invested in positions, which means that a trader who owns $100 can invest up to $500. Kraken’s list of currencies tradable with leverage is somewhat shorter than Bitfinex’s, but still provides enough maneuvering space for experienced traders:

US traders margin trading on Kraken will have a rather short deadline of only 20 days to close their positions, contrary to users from other countries who are given a full year to utilize their trading tactics and come away with a profit, which can be considered as a big disadvantage for their US clients.

The exchange enables users to deposit and withdraw fiat currencies, however, those who wish to do so will be able to choose from the free of charge to $10 deposit fees, and from €0.09 to the astronomical €60 withdrawal fee for EUR bank wire withdrawal, depending on the place of origin, transfer channel used and currency that’s being transferred.

Kraken differentiates maker’s and taker’s fees, but their range is similar to those on Bitfinex and varies from 0.0% to 0.026%, while the situation with margin trading interests is more complicated. Opening the trade will cost traders 0.01% or 0.02%, while interests are charged in the range from 0.01% to 0.02% for every 4 hours traders hold the position.

Unlike Bitfinex, the exchange has never been hacked, and according to the latest information provided by Kraken, their trading platform is off-limits for these countries’ residents:

As it is obvious, all four trading platforms are different when it comes to cryptocurrency margin trading.

Each of these cryptocurrency exchanges has its pros and cons, depending on what traders need the platform to do, so it is up to each individual user to decide which one suits his needs best. If you need further help with this we have our guide to the best Bitcoin trading platform.

While Bitfinex offers the best jurisdictional coverage and the most trading pairs, BitMEX offers a state-of-the-art professional interface and the highest leverage.

On the other hand, Kraken provides yet unbreached security system. Huobi can be viewed as a balance of all things mentioned.

In the end, we have to disclose that we may have not mentioned some trading sites which can be considered as the top 10 margin trading services, like eToro or HitBTC. Still, this is a brief overview of just some of the most used, not the margin trading encyclopedia.

Before you start leveraging your bets, do your due diligence and explore other options.

Crypto Trading for US customers – What sites allow traders from the USA?

How to start trading Bitcoin and crypto without money?

What is the best crypto tax report app for US customers?

Crypto Fundamental Analysis Guide – How to do this? 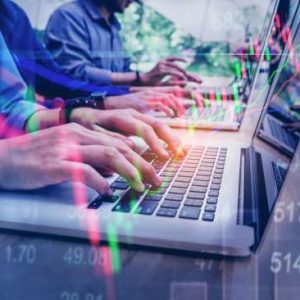 Crypto Technical Analysis Guide – How to do this?

This website uses cookies to improve your experience while you navigate through the website. Out of these, the cookies that are categorized as necessary are stored on your browser as they are essential for the working of basic functionalities of the website. We also use third-party cookies that help us analyze and understand how you use this website. These cookies will be stored in your browser only with your consent. You also have the option to opt-out of these cookies. But opting out of some of these cookies may affect your browsing experience.
Necessary Always Enabled
Necessary cookies are absolutely essential for the website to function properly. These cookies ensure basic functionalities and security features of the website, anonymously.
Functional
Functional cookies help to perform certain functionalities like sharing the content of the website on social media platforms, collect feedbacks, and other third-party features.
Performance
Performance cookies are used to understand and analyze the key performance indexes of the website which helps in delivering a better user experience for the visitors.
Analytics
Analytical cookies are used to understand how visitors interact with the website. These cookies help provide information on metrics the number of visitors, bounce rate, traffic source, etc.
Advertisement
Advertisement cookies are used to provide visitors with relevant ads and marketing campaigns. These cookies track visitors across websites and collect information to provide customized ads.
Others
Other uncategorized cookies are those that are being analyzed and have not been classified into a category as yet.
SAVE & ACCEPT