So, why do we think that IOTA price prediction is important when it is, currently, “only” the 17th cryptocurrency by market capitalization?

Well, you may not know but not all cryptocurrencies are based on the blockchain technology, and IOTA is one of the most prominent projects that stepped away from the crypto mainstream.

Let us tell you more about the project and list the best crypto price predictions for IOTA.

IOTA definition: What is IOTA cryptocurrency?

In order to understand IOTA cryptocurrency fundamentals and the underlying value for IOTA price predictions, we need to clarify the IOTA definition.

IOTA is a Germany-based distributed ledger technology project with a cryptocurrency with the ticker MIOTA in the center of the network, which peaked during late 2017 with a price of $5.23.

Behind the project is the non-profit  IOTA foundation which functions since 2017. The IOTA development team is focused on making their network the first choice for:

Since IOTA is feeless to use, it is a wonderful example of the technology able to process micropayments extremely efficiently, which, in this case, means for free. Considering how much is the price of a transaction on the Bitcoin network, the upsides of IOTA are more than obvious.

But how is it possible without the blockchain, you wonder?

See this video below, if you prefer an introduction in video format.

What are the fundamentals of IOTA cryptocurrency?

We need to know what the fundamentals are to understand IOTA price predictions.

So let’s get started.

As stated, since IOTA isn’t using the blockchain technology, it has to rely on some other form of DLT to be considered a cryptocurrency, right?

The technology behind IOTA is called Tangle. Contrary to the blockchain, which consists of transactions arranged into blocks and filed in sequential chains, Tangle can be described as a current of individual transactions entangled together in one solid network, also known as DAG (Directed Acyclic Graph).

On IOTA Tangle, there are no miners and transactions are verified by the following transactions, creating the system without hierarchy. Therefore, there is no need for miners’ fees like it is the case with Bitcoin, Ethereum and other PoW (Proof-of-Work) systems or paid block verification entities like with EOS, Tron and other versions of PoS (Proof-of-Stake) based networks.

The speed of transactions depends only on the overall activity on the network, and thus, it is perfect for the thing the team is developing – the Machine Economy, where “machines and humans participate in the flourishing new permissionless economy.”

Morpher offers you trading with no fees, no middleman, infinite liquidity, 24/7 fractional trading across 600+ markets. And you get 100 MPH for free just to sign up!

CoinSwitch IOTA price prediction tells us that they think IOTA not only has a bright future but also a high degree of adoption possibility.

In their article published on June 24th, CoinSwitch mentions the fact that the IOTA foundation has signed a memorandum of understanding (MoU) with the city of Taipei to implement their Tangle technology into digital IDs which will help citizens transact with each other quickly and in a much safer environment.

Based on these fundamentals, this online media outlet forecasts that IOTA will finish the year with the price in the range from $4 to $4.20, which would be an astronomical increase of around 770%.

Regarding the 2030 price prediction, CoinSwitch states that it is possible that the valuation of MIOTA might grow by 2600% across the 11 year period to end the fourth quarter of 2030 with the price of $12.43.

Wallet Investor IOTA price prediction brings us a much more pessimistic point of view where they predict that IOTA might sink down to $0.14 until the end of the year. In order for that forecast to become a reality, the price of the token would have to lose 69% of its value, which, according to the most recent market conditions, is highly improbable.

Other than that, Wallet Investor only states that IOTA doesn’t have the potential to reach the $1 mark in a one-year timeframe, without any deeper explanation.

After dissecting all the key features of the IOTA ecosystem, Changelly optimistically says that the project has a massive potential due to zero-fee transactions, a high degree of scalability, and quantum immunity.

However, they state that with the inevitable wider adoption of their Tangle technology, the real growth will be visible in a 5 to 10-year span. During that time, Changelly predicts that the price of IOTA can rise as high as $38.

In the article published on May 26th, 2019, CryptoNewsZ also thinks that IOTA has room to grow. However, as the closest turning point, they mention the $0.5 and $0.6 levels, which, if broken through, may propel the price towards the $1 price by the end of the year.

Except for the prediction published by Wallet Investor, all other IOTA price predictions  put IOTA into a great position because of its long-term potential manifested through multiple use cases and real-life implementation.

The bravest of all forecasts is Changely’s $38 per token until 2029, but even a somewhat modest CryptoNewsZ thinks that IOTA can score more than a 100% increase by the end of the year. Following that logic, in a 10-year span, the price of the token would increase 2000%, setting its value at almost $10.

In our IOTA price prediction, we simply cannot disregard the fundamental analysis laid out before you in the starting chapters of this article.

The implementation of technology and global adoption is what usually drives the price of a cryptocurrency upward, and IOTA is definitely on the right track in that department. Moreover, the project isn’t merely a fork of another open-source blockchain code, but a fresh and unique concept.

Therefore, without further ado, and disregarding the TA aspect of the market game, we bring you our IOTA price prediction until December 2023:

Where to trade IOTA?

Lets do our standard procedure to find out where to trade IOTA.

Or, you can use our link to see IOTA market pairs on Coinmarketcap.

As you can see, Binance has the best liquidity for IOTA/BTC. With our referral ID you will get -20% on all commission on Binance, forever. This is the best referral ID on the market.

If you are interested in Binance you can go on and read our Binance review.

What is the Best Crypto Trading Platform?

What is Crypto.com? Is it safe to use?

How to trade Binance futures? What are the fees? 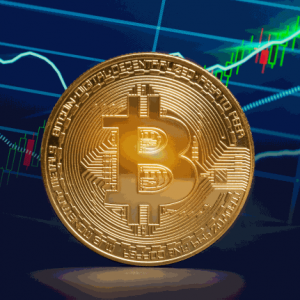 What is Crypto Arbitrage Trading? Is it legal and can you make a profit from it?

This website uses cookies to improve your experience while you navigate through the website. Out of these, the cookies that are categorized as necessary are stored on your browser as they are essential for the working of basic functionalities of the website. We also use third-party cookies that help us analyze and understand how you use this website. These cookies will be stored in your browser only with your consent. You also have the option to opt-out of these cookies. But opting out of some of these cookies may affect your browsing experience.
Necessary Always Enabled

Performance cookies are used to understand and analyze the key performance indexes of the website which helps in delivering a better user experience for the visitors.

Analytical cookies are used to understand how visitors interact with the website. These cookies help provide information on metrics the number of visitors, bounce rate, traffic source, etc.

Advertisement cookies are used to provide visitors with relevant ads and marketing campaigns. These cookies track visitors across websites and collect information to provide customized ads.

Other uncategorized cookies are those that are being analyzed and have not been classified into a category as yet.